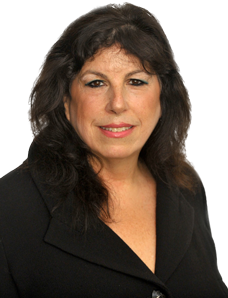 Helene Pines Richman has specialised in private client, property law and related aspects of commercial law for over 25 years. She has been called “a formidable role model for women at the English Bar,” (The Independent”), and for many years was recommended as a leading Junior in The Legal 500. She is well-known as a tenacious advocate, a careful and analytical thinker, and a polished performer in court with a passion for her cases and a deep and wide knowledge of the law. She takes on a full range of matters up to large multimillion pound disputes – difficult cases involving considerable tactic, strategy, and judgment, as well as technical expertise – often on the most urgent basis.

The following was said of her recently, “Helene Pines Richman is a remarkable and exceptional barrister with a detailed knowledge of the law. In court she is unflappable, knowledgable, cerebral and tenacious. I watched her find and develop a path through a tricky case that was characterised by lots of drama and surprises, and where she had to adapt and develop her strategy and act quickly, which she did with alacrity. I saw how the judge depended on her expert knowledge to find his way to making a judgment”.

Mrs Richman has a chancery practice with English as well as international focus. She is frequently instructed in matters involving property, other high value assets, and parties in multiple jurisdictions. She is a member of the New York Bar and began practice in New York, after graduating from the University of Pennsylvania (Ivy League) with a BS in bioengineering, and thereafter a Juris Doctor. She specialised in intellectual property for many years.

Since 1992 her practice has encompassed all aspects of wills, trusts, administration of estates, inheritance act claims, proprietary estoppel claims, tax, Court of Protection, charities, divorce/ancillary relief, professional negligence, property and some aspects of commercial law. She is regularly briefed in matters before the judges in tribunals and of the Chancery Division and Family Division, and has argued countless appeals all the way up to the Supreme Court.

She was lead counsel for hundreds of defendants in mortgage cases brought by BCCI over a period of years. In 2001, she acted in the well-known mortgage undue influence/misrepresentation case of Royal Bank of Scotland v Etridge in the then House of Lords.

Mrs Richman has a special expertise in assisting vulnerable clients – children and adults, and the elderly. She is instructed in financial, property, trusts and wills as well as personal welfare and community care matters. She is also a trustee of several charities and advises on charity law.

In 2018, Mrs Richman was elected to Barnet Council in a historic vote. As a councillor she focuses on planning, property and regeneration. At her practice at the Bar, she takes on matters involving these areas.

Mrs Richman regularly presents half and full day seminars for MBL, and other law course providers. She is also on the Lexis Nexis Private Panel, continues to write for law journals and has appeared on BBC and Radio 4 on legal issues.

She has presented a webinar for Simon Gore Consulting on administration of estates and succession where there are international issues.

She has also been invited to present a talk at Withersworldwide.

Administration of Estates – grants, Beddoes and Benjamin Orders, distribution, tax, claims by and against estates, insolvent estates, disputes between or against executors and trustees, and beneficiaries, proprietary estoppel.

Landlord and Tenant – residential, including enfranchisement and lease extensions, service charges, forfeiture and determination of leases, and commercial tenancies.

Helene Pines Richman is an independent self-employed barrister registered with the Bar Standards Board of England (ref. no 28764); whose practice is governed by the Code of Conduct of the Bar of England and Wales which code can be found at www.barstandardsboard.org.uk; has full professional liability insurance provided by the Bar Mutual Indemnity Fund Limited (ref BM 2930/028) (details of the world-wide cover are provided at www.barmutual.co.uk); is registered for VAT (reg. no. 649 8967 53); and can be contacted during chambers opening hours by telephone at 02074045055 or by e-mail at clerks@9stonebuildings.com.