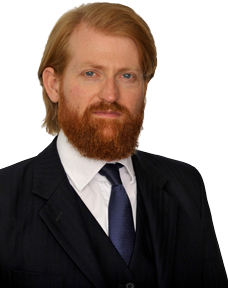 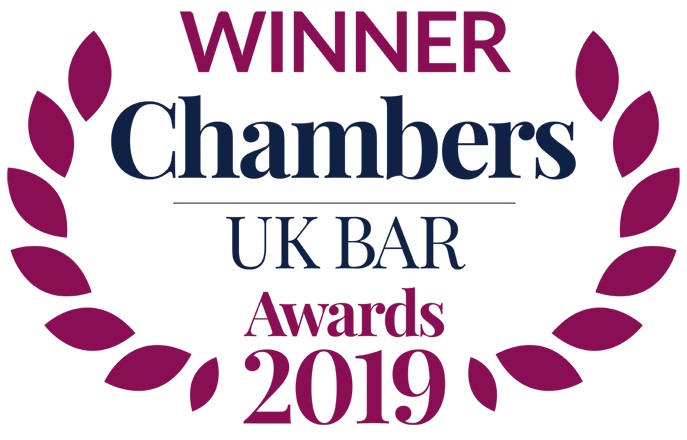 Joseph Curl specialises in insolvency litigation. He was Company / Insolvency Junior of the Year at the Chambers UK Bar Awards 2019.

Chambers and Partners 2020 and Chambers Global 2020 ranks him Band 2 for Restructuring and Insolvency and says:

“He is absolutely brilliant – his oral and written submissions really get to the point. His technical knowledge in this area is unparalleled, and his attention to detail and commitment to the case are really quite incredible.”

“A superb advocate, who is very knowledgeable on the law and adept at thinking on his feet.”

Joseph was the only Chancery barrister identified in consecutive editions of the Premonition UK High Courts Report – a “big data” survey of objective success rates in High Court litigation. He was one of only four Chancery barristers identified by name in the 2017 edition (see page 11) and one of only two non-silks in the 2018 edition (see page 18).

He was Insolvency Barrister of the Year at the Turnaround, Restructuring and Insolvency (TRI) Awards 2017, having been first runner-up in 2016.

Between 2001 and 2007, Joseph worked in the restructuring department of DLA Piper UK LLP.

Joseph has extensive experience in insolvency and company litigation. He has particular expertise in actions arising from guarantees and has appeared with success in many reported guarantee cases, both on the debtor side (eg Dowling v Promontoria (Arrow) Limited [2017] BPIR 1477) and creditor side (eg Wagner v White [2019] BPIR 234).

He generally acts as sole counsel, although he has also had the benefit of being led by some of the stars of the company and insolvency Bar, including Guy Newey QC (now Lord Justice Newey), Michael Todd QC and Jonathan Crow QC.

To view further reported cases in which Joseph has appeared, click to expand the “Insolvency & Company”  box below.

In the first tax avoidance-based misfeasance action to reach trial, Joseph successfully persuaded the court that the sums paid into schemes were in substance unlawful distributions of capital and void.

A trustee in bankruptcy successfully appealed against the trial judge’s decision. Joseph demonstrated that the court below had wrongly applied the Stack v Dowden test for joint names, instead of the modified Lloyds Bank v Rosset test for single names.

Joseph appeared (against Kennedy Talbot QC and Pavlos Panayi QC) for the trustees of a debtor subject to an all-assets restraint order. This case saw the Court of Appeal (Criminal Division) grapple with the difficult interface between the bankruptcy and POCA regimes.

In the first detailed judgment for some years on s.213 fraudulent trading, a director was liable where a company’s business was carried on with the intent to defraud the bankruptcy creditors of a third party. Joseph appeared for the successful liquidator.

Joseph represented the successful liquidators in their application against a company’s former administrator for undersale of assets. Unusually, the court found a breach of fiduciary duty (not simply negligence) and awarded a substitutive performance (i.e. current value) measure of equitable compensation.

Joseph (leading Professor Andrew Keay) appeared successfully both at first instance and on appeal before Nugee J, opposed by Richard Millett QC. The matter concerned a personal guarantee arising from the c.US$350m insolvency of Powa Group.

Birss J upheld the trial judge’s finding that the statutory presumption of a “desire” to prefer had been rebutted. Joseph represented the successful respondent both at trial and on appeal.

Five-sided application to remove administrators on the grounds of conflict and unfair harm. Joseph (led by Marcia Shekerdemian QC) appeared for the successful security agent before Henry Carr J.

Joseph appeared for the successful lender at trial in proceedings concerning a disputed personal guarantee.

Birss J struck out a bankrupt’s claim on the application of Joseph’s client trustee, agreeing with the trustee that a bankrupt has no standing under s.316 to require his trustee to elect to disclaim or affirm.

Joseph represented the liquidators at trial in successfully impugning as misfeasance several payments made into a purported EFRBS tax avoidance arrangement at a time when the company was of doubtful solvency.

A creditor was unable to enforce summarily a purported guarantee on the grounds of limitation and the “purview” doctrine. Joseph represented the successful alleged debtor.

The court examined the responsibilities of a BVI liquidator when seeking assistance from the English court pursuant to s.426.

The court rejected a borrower’s contention that a personal guarantee had been procured by misrepresentation. Joseph represented the successful lender at first instance and on appeal.

Three trials against various associates of a bankrupt. Joseph represented the trustees in bankruptcy, whose claims to recover the remoter proceeds of void post-petition payments succeeded in full.

A debtor was estopped from challenging a statutory demand using an argument that had failed in earlier proceedings on a different statutory demand for the same debt. Joseph (sole counsel on the first appeal; led by Michael Todd QC in the Court of Appeal) represented the successful lender.

Joseph represented the liquidator of a Lehman entity in a claim against the Official Receiver. Snowden J ruled that liquidators may discount the views of creditors who are influenced by extraneous considerations.

The only reported case on the costs of an unsuccessful appeal against a bankruptcy order. Joseph successfully showed that such costs may take effect as a post-bankruptcy debt.

Joseph represented the successful petitioner (Vodafone) in resisting an application to rescind a winding-up order.

Appeal from a bankruptcy order on the basis that an offer to compound had been unreasonably refused. Joseph represented the successful petitioner both at first instance and on appeal.

Application establishing that a triable issue arose in respect of an allegation that a bank had rendered itself a fiduciary for its borrowers.

Examined when failure to adjourn a creditors’ meeting to consider an IVA will be a material irregularity. Joseph represented the successful dissentient creditors.

A bankrupt applied for annulment, alleging that the petition was abusive because a third party had paid the petitioner to procure the bankruptcy. Joseph represented the trustees in bankruptcy.

Joseph represented the successful appellant lender. It was held that a triable issue of fact is insufficient to set aside a statutory demand: the issue must also disclose a defence.

Addressed the effect of section 283A of the Insolvency Act 1986 (the “use it or lose it” provision) where an application was not issued within the three year time limit.

Considered whether to grant permission to continue proceedings despite the existence of an interim order to facilitate an IVA proposal.

Joseph represented the successful asset-based lender both at first instance and on appeal. The court concluded that a contested book debt remained the property of Joseph’s client by applying “business common sense” to the contract.

A proposal for an IVA was deemed rejected where the creditors’ meeting was improperly suspended. Joseph represented the successful petitioning creditor.

Joseph (led by Peter Shaw) represented the successful respondent to this appeal concerning laundering, tracing, knowing receipt and unjust enrichment. Arden LJ held that money substitutions may be traced in equity even where they do not occur in chronological order.

Trustees in bankruptcy commenced transaction at undervalue proceedings against another bankruptcy estate. Joseph successfully persuaded the court at first instance and on appeal that the claim constituted a debt provable in the respondent estate and should be stayed.

A rare reported use of s.342(1)(b) of the Insolvency Act 1986. The court declared that assets represented “the application” of a transaction at an undervalue and ordered that they be vested in a trustee in bankruptcy without further order. Joseph represented the successful trustee.

The director of a money transfer company believed to have been used by organised criminals to launder the proceeds of crime to China applied to rescind a winding up order. Barling J dismissed the application. Joseph represented the company’s liquidator.

Detailed consideration of the jurisdiction to order disclosure against a company’s former solicitors under sections 234 and 236 of the Insolvency Act 1986 in circumstances where a strong prima facie case of fraudulent conduct is established. Joseph represented the successful liquidators.

The applicant wife challenged as shams trust arrangements between the husband and his son. Joseph successfully resisted an attempt by the husband and son (each separately represented by leading counsel) to exclude the husband’s trustee in bankruptcy from the proceedings.

Joseph successfully resisted a first appeal to the Chancery Division, where it was held that a personal guarantee could be enforced despite an allegation that a co-guarantor’s signature was forged. Joseph was led by Peter Arden QC on a second appeal to the Court of Appeal.

A personal guarantor opposed a bankruptcy petition and argued that there was no petitionable debt. Joseph represented the successful lender. It is the only reported case on r.6.12(7) of the Insolvency Rules 1986 concerning delay between demand and petition.

Joseph addressed oral argument to the Supreme Court (reported at [2011] 2 AC 146, 149B-E, 150E-F) on each of the points on which the appeal was allowed, opposed by Michael Beloff QC for the respondent.

Application by receivers for a declaration that a director had no beneficial interest in a lease granted prior to a company’s insolvent administration. Joseph acted for the successful administrators.

Court of Appeal decision (led by Peter Shaw) concerning amendment of a negligence claim against administrators after expiry of limitation.

Trespass to land and wrongful interference claim arising from the unauthorised demolition of a sculptor’s premises containing valuable works of art.

Determined the correct interpretation of “the claimant” for the purposes of the Civil Proceedings Fees Order 2008 and CPR rule 3.7.

“He achieves excellent results, is responsive and integrates himself into the teams that he works with. His drafting and in-court advocacy are equally accomplished.”

“He is absolutely brilliant to deal with and gets to grips with the case really really quickly. He is superb.”

“A superb advocate, who is very knowledgeable on the law and adept at thinking on his feet”

“A highly regarded junior who acts on behalf of sizeable lenders and pre-eminent insolvency practitioners in insolvency litigation.

Strengths: ‘He is excellent in court, particularly when required to think on his feet and his written submissions are also first class. He is also instinctively able to see the commercial implications of every twist and turn in a piece of litigation.’”

“…very responsive, easy to work with, and a tenacious litigator.”

“…developed a strong reputation as a technically adept and client-friendly junior…a good all-rounder, who provides excellent advice and presents very well on his feet…

Expertise: ‘He provides advice in an extremely unstuffy manner, and has extremely good insolvency expertise.’ ‘He is clever, commercial and reliable.’”

“A busy junior with a growing reputation in the restructuring and insolvency market. Praised for his technical acumen, he regularly acts for lenders and insolvency practitioners.

Expertise: ‘Has a highly collaborative approach to his work; he is flexible, responsive and a pleasure to work with.’ ‘He has a fantastic legal brain, and displays excellent attention to detail and sound judgment.’”

“The ‘incredibly user-friendly’ Joseph Curl… a corporate and individual insolvency specialist who is described as ‘good news – he has buckets of enthusiasm, is quick with his paperwork and effective in all he does.’”

“Joseph Curl ‘is calm under pressure and has an excellent eye for detail.’ He is ‘able to understand complex issues with little effort and spots the commercial angle quickly.’”

“is commended for his ‘technical excellence’. He is ‘very thorough and quick to respond.’”

Joseph Curl is an independent self-employed barrister registered with the Bar Standards Board of England (ref. no 51595); whose practice is governed by the Code of Conduct of the Bar of England and Wales which code can be found at www.barstandardsboard.org.uk; has full professional liability insurance provided by the Bar Mutual Indemnity Fund Limited (ref BM 2930/056) (details of the world-wide cover are provided at www.barmutual.co.uk); is registered for VAT (reg. no. 938 9512 78); and can be contacted during chambers opening hours by telephone at 02074045055 or by e-mail at clerks@9stonebuildings.com.