Paul Wilmshurst appeared in the High Court to defend Cambridge County Council, as commons registration authority, in a judicial review claim brought by St. John’s College, Cambridge: St John’s College, Cambridge, R (On the Application Of) v Cambridgeshire County Council [2017] WLR(D) 469. The case is important because it deals with a number of issues relating to how registration authorities deal with applications they receive to register land as a new town or village green under the Commons Act 2006. The case concerned an area of land known as “Meadow Triangle” which had been subject to an application to register it as a village green. There had been a lot of correspondence about whether the application had been duly made and the Applicant had re-submitted the application a number of times.

The facts of the particular case are a little convoluted but the principles flowing from the judgment are interesting. Sir Ross Cranston ruled after a 1 day heating that the College’s case was wrong as a matter of law and that a registration authority can give an applicant more than one opportunity to correct a defective application (subject to the applicant not exceeding a reasonable opportunity in terms of time). However, Mr Wilmshurst for the registration authority also argued that the Applicant’s application was “duly made” when re-submitted the first time if reference was had to section 7 of Form 44 (justification for registration). The Applicant had stated a neighbourhood in section 6 but failed to state a locality. Section 7 of the form identified a number of areas within which the neighbourhood was situated but did not expressly say they were claimed localities. St. John’s College argued that it was not permissible to read the form in this way. Sir Ross Cranston ruled that Form 44 was not a pleading in private litigation and that any reasonable reader of the Form 44 would have understood that the claimed neighbourhood was within the areas specified in section 7 and that these should be taken to be the claimed locality or localities. It was stressed that the question of the merits of a case or of a claimed neighbourhood or locality should play no role in deciding whether an application was “duly made.” As an aside to the judgment the Judge said that the DEFRA Guidance to registration authorities was wrong and included some revised guidance, drafted by counsel, as an annex to the judgment. 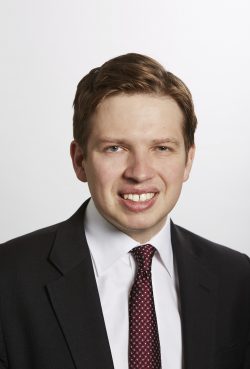