Compensation under the Assets of Community Value Regime

Issues concerning compensation are amongst the more difficult in the ACV regime. The decision in St. John Ambulance v Teignbridge DC CR/2018/0003 held that loss caused by the actual ACV listing is capable of being compensated under regulation 14 of the Assets of Community Value (England) Regulations 2012 (“the 2012 Regulations”). This has yet to be tested at a higher level. It also arose as an issue in the more recent compensation decision in Fielder v Harrogate BC CR/2018/0006 but did not have to be decided as a result of the determination of the preliminary issue. The judgment in the Fielder case contains a number of noteworthy points in addition to the paramount one which is the application of the time limit in regulation 14(5)(b) of the 2012 Regulations.

The loss claimed for in the Fielder case is more complex than the normal compensation claims and the decision that the claim was out of time avoided the need for an analysis but it nevertheless impacted on the discussion in the judgment.

This notice was given ahead of the coming into force of the Town and Country Planning (General Permitted Development) (England) (Amendment) (No. 2) Order 2017 on 23rd May 2017. This removed all public houses from Class A and introduced a new class AA which permitted a change in use from a drinking establishment (A4) to one with a use in A3 (a drinking establishment with expanded food provision). It, therefore, removed for the future the ability to change from A4 to A2 under the PDR regime.

The giving of this notice was followed by a second community nomination on 5th May 2017 which this time resulted in the public house being listed as an ACV on 29th June 2017. That decision was reviewed and upheld on 5th October 2017.

The effect first of the nomination and then the ACV listing was to prevent the proposed change of use to offices from being able to take place. The transitional provisions in regulation 5 of the 2017 (No. 2) Order apply because the 56 day period expired before this statutory order came into effect. In consequence if the Henry Jenkins ceased to be ACV listed in the future then the provisions of the PDR regime prior to the 2017 (No. 2) Order would apply.

As a result of the ACV listing the owner claimed by way of compensation in the alternative:

The claim was refused by the Council and that refusal was upheld on review. The owner appealed.

Further the preliminary issue was determined on the papers including written submissions in accordance with regulation 32 of the Tribunal Procedure (First-tier Tribunal) (General Regulatory Chamber) Rules 2009 rather than at a full hearing.

In the Fielder case the learned judge took no account of such extraneous material. She pointed out that no application had been made under the rule in Pepper v Hart which requires the judge “to adopt a plain reading of statutory materials unless that reading leads to ambiguity or absurdity. If that were to be the case, then a limited class of extraneous materials only may be taken into account in construing the legislation, namely clear statement to Parliament from the promoter of the legislation.”  The judge stated that none of the materials  provided fell within that category. In consequence she adopted “a plain reading of the Regulations” (para. 26).

“(5) A claim for compensation must—

(a) be made in writing to the responsible authority;

(b) be made before the end of thirteen weeks after the loss or expense was incurred or (as the case may be) finished being incurred;

(c) state the amount of compensation sought for each part of the claim; and

(d) be accompanied by supporting evidence for each part of the claim.”

In the St. John Ambulance case the judge stated that regulation 14(5) sets out the requirements to be met before a claim is entertained but does not prohibit any subsequent amendment or re-formulation (para. 133). This means in particular that the compensation claim is not determined on the basis of the original evidence only nor that no new head of damage can be introduced. The Fielder judgment does not detract from such an approach.

The significance of regulation 14(5) is an aspect of compensation claims which may be explored further particularly if an appeal of this decision is heard.

Judge McKenna adopted a similar construction of the time limit. If not complied with then no claim to compensation could succeed. How this should be applied depended on the nature of the claim. In the final submissions on behalf of the owner it was stated that the claim is for loss attributable to the effect of the ACV listing removing the owner’s rights under the PDR regime which but for the ACV listing would have continued to be exercisable. The judge took this to support her view that the loss claimed for flowed from a particular event.

Although the ACV listing was on 29th June 2017 the date taken by the judge when applying regulation 14(5)(b) was the date that the review decision was sent to the owner, 5th October 2017 (para. 33). The reason given for this was that it is usual when there is a statutory right of review for time limits to run from the date of the review decision. Further the local authority ceases to be functus officio once the review decision has been made. The claim was made by letter dated 19th January 2018 which was more than thirteen weeks after the sending of the review decision. Failure to comply meant there was no entitlement to compensation.

If on the other hand the loss in this appeal was not a once and for all loss but a continuing loss for so long as the premises remain ACV listed then it was held that the claim still failed to comply with regulation 14(5)(b) but for a different reason. With a continuing loss the judge considered that the loss had yet to finish being incurred at the date of the actual claim and this is contrary to regulation 15(4)(b) (para. 34). Until a loss has crystallised it makes sense that there should be no claim but that is different from a loss which is ongoing and growing. The full implications of this aspect of the judgment have still to be worked out. 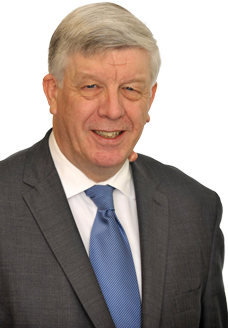