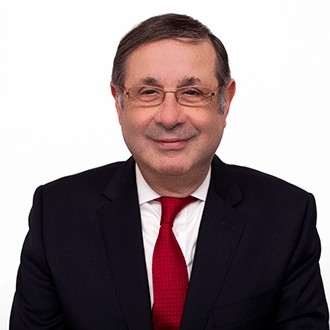 James is the Senior Partner of Hassans, in Gibraltar. He specialises in corporate and international tax work, and has earned a reputation in Gibraltar for innovation in these areas. For example, James was involved in setting up one of the first substantial unit trusts in Gibraltar and recently advised on the drafting and piloting of a bill through the Gibraltar House of Assembly relating to a bank’s conversion from a subsidiary to a branch. James has also progressed the use of Alternative Dispute Resolution in Gibraltar.

He has been very involved in trust legislation, advising the Government of Gibraltar on relevant legislation and drafting a standard form of discretionary trust clause which has been used widely in Gibraltar. James is a contributing author to Tolleys Tax Planning International and joint editor of Tolleys Taxation in Gibraltar, and frequently lectures on various aspects of financial services legislation.

After graduating with Honours from Manchester University, James attended the Council of Legal Education in London. He qualified in 1972 and became a partner of Hassans in 1974. He speaks English, Spanish, French and Hebrew.