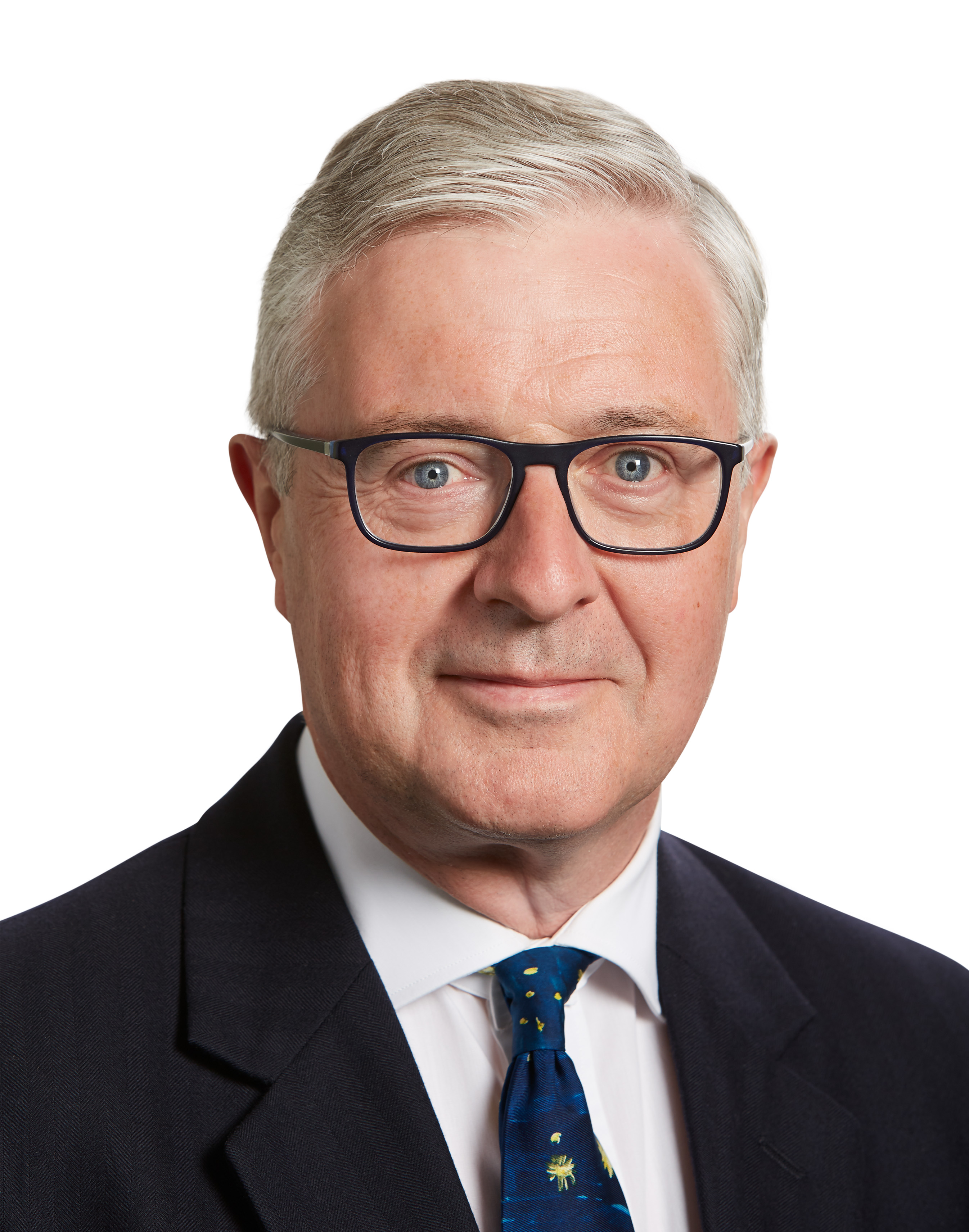 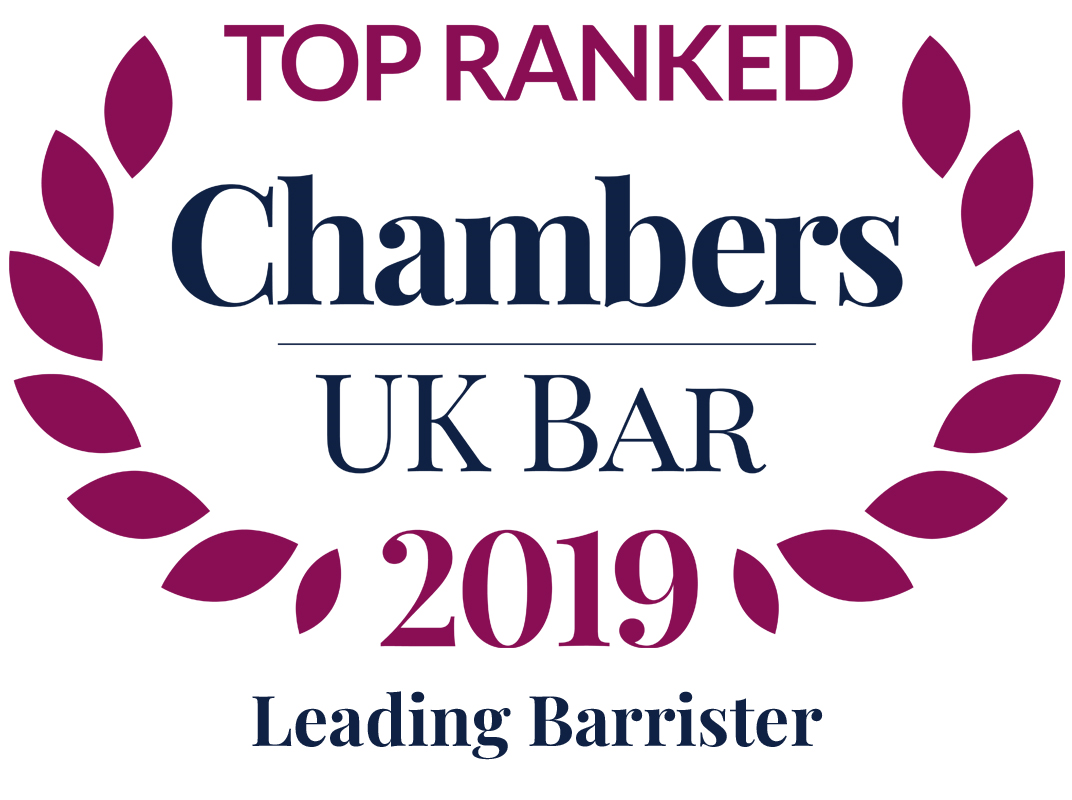 Edward’s practice is exclusively property based. It therefore includes real property, both contentious and non-contentious, landlord and tenant, both commercial and residential, land and conveyancing, restrictive covenants, rights of way and other easements, profits à prendre, property valuation, mortgages, housing, boundaries, and professional negligence arising from these areas.

Edward is an experienced advocate, and has successfully argued property and landlord and tenant cases in the House of Lords, the Supreme Court, the Court of Appeal, as well as appearing in a great many witness actions over the years in all courts and tribunals with property jurisdiction. Details of some of Edward’s cases are shown in the Practise Areas sections below.

Year after year, Edward is a recommended property barrister by the leading directories, the details of which are contained in Directory Recommendations section of his webpage.

Edward lectures extensively on subjects within his practice, and from time to time has acted as an arbitrator in property disputes.

Edward has been the head of chambers at 9 Stone Buildings, Barristers’ Chambers since 2013 whilst at the same time maintaining his busy practice.

Edward has an extensive practice in the area of land and property, both contentious and non-contentious.

Peires v. Bickerton’s Aerodromes Limited [2017] 1 W.L.R. 2865 (Court of Appeal) Application of the statutory defences provided by sections 76 and 77 of the Civil Aviation Act 1982 to a common law nuisance caused by helicopter pilot training).

Classic Property Developments (South East) Limited v. Islam and others [2015] All ER (D) 258 (Oct) (Chancery Division. Validity and exercise of an option to acquire freehold land. Rectification of option agreement refused and order for specific performance of the option granted).

A2 Dominion Homes Limited v. Prince Evans (A Firm) [2015] PLSCS 225 (Chancery Division. Land Registration. Leases granted pursuant to an agreement for lease protected by a unilateral notice have priority over a charge granted before the leases).

Harbour Castle Ltd v. David Wilson Homes Limited [2012] All E.R. (D) 50 (Jun) (Court of Appeal. Practice and procedure. Whether amended particulars of claim in an action for damages for breach of an option/development agreement were “particulars of claim” within the meaning of an “unless order”).

Megaro v. Di Popolo Hotels Limited [2007] 2 P. & C.R. 28 (Court of Appeal. Qualified right of way in case of emergency. Determinable in the event of the part of the route ceasing to exist).

Changeinvest Limited v. Rosendale-Steinhusen [2004] P.L.S.C.S. 40. (Chancery Division. Easement subject to a condition precedent. Satisfaction of the condition before easement can be exercised).

Edward has appeared in numerous commercial landlord and tenant cases over the years. He has vast experience of the operation of Part II of the Landlord and Tenant Act 1954, and has appeared in a number of leading cases including Sight & Sound Education Ltd v Books etc Ltd [1999] 3 E.G.L.R. 45 and Bacchiocchi v. Academic Agency Limited [1998] 2 All E.R. 241. [1998] 1 W.L.R. 1313. [1998] 3 E.G.L.R. 157. In the Bacchiocchi case, the Court of Appeal held that a tenant, Edward’s client, was in occupation of premises for the purposes of Part II of the Landlord and Tenant Act 1954, notwithstanding that the tenant had vacated the premises and handed the keys back to the landlord.

From time to time Edward has been appointed to arbitrate disputes between commercial landlords and tenants.

The full extent of Edward’s commercial landlord & tenant practice is revealed by his list of notable reported cases in this area.

Simmons v. Dresden (2004) 97 Con. L.R. 81. (Technology and Construction Court. Tenant’s breach of repairing obligations. Nature and extent of breaches. Diminution in the value of the landlord’s reversion. No diminution caused by breaches).

Edward undertakes all aspect of residential landlord and tenant law including enfranchisement and lease extensions, service charges, security of tenure, management disputes (including the appointment and removal of managers, enforcement of covenants, statutory variation of leases, and the tenants’ right of first refusal).

In 1996 Edward appeared in one of the first cases concerning the operation of Part I of the Landlord and Tenant Act 1987 to reach the Court of Appeal: Kay-Green and others v. Twinsectra Limited [1996] 4 All ER 546.

In Artesian Residential Investments Limited v. Beck [1999] 3 All E.R. 113 [1999] 2 E.G.L.R. 30. [2000] Q.B. 541 the Court of Appeal had to consider issues arises out of the purported determination of assured tenancies under the Landlord and Tenant Act 1988 by forfeiture. Edward represented the successful landlord in this case. In another residential forfeiture case in the Court of Appeal, Edward’s residential landlord client persuaded the Court of Appeal that relief from forfeiture should only be granted on terms that the tenants sell the lease of their flat: Khar v. Delbounty Limited (1998) 75 P. & C.R. 232.

The full extent of Edward’s residential landlord & tenant practice is revealed by his list of notable reported cases in this area.

87 St George’s Square Management Limited v. Whiteside [2017] E.G.L.R. 2. [2016] UKUT 438 (LC). (Upper Tribunal (Lands Chamber) Landlord’s contractual right to recover litigation costs against a tenant under an indemnity clause in a long lease notwithstanding that the First Tier Tribunal has awarded the landlord part of its costs under rule 13(1)(b) of the Tribunal Procedure (First-tier Tribunal) (Property Chamber) Rules 2013).

Garside and Anson v. RFYC Limited and Maunder-Taylor [2011] UKUT 367 (LC). (Upper Tribunal (Lands Chamber). Failure on the part of a landlord to phase major works meant the costs were not reasonably incurred within the meaning of section 19 of the Landlord and Tenant Act 1985).

Cawsand Fort Management Co. Limited v. Stafford and others [2008] 3 All E.R. 353. (Court of Appeal. Landlord & Tenant Act 1987 Management order. Whether it is possible for order under section 24 to extend to land not within the curtilage of the buildings containing the leasehold flats).

Edward has an extensive practice advising land owners on the impact, if any, of restrictive covenants. Edward’s clients range from major house builders, to individual property owners who wish to prevent unwanted development. Edward very frequently advises upon the operation and application of section 84(1) of the Law of Property Act 1925 to restrictions burdening his clients’ land with a view to having the restrictions discharged or modified. Edward has had particular success in having restrictions modified to permit infill development: Laav v. Thorpe Estate Limited [2015] UKUT 0448 (LC), Re Land on the south west side of St Catherine’s Street, Ruislip, Middlesex

In the case of Trustees of the Coventry School Foundation v. Whitehouse and others [2012] 3 E.G.L.R. 151 (HC) [2014] 1 P. &. C.R. 51, Edward successfully argued in the Court of Appeal that his client’s use of burdened land as a school would not constitute a breach of a restrictive covenant prohibiting use that caused nuisance or annoyance. This was an appeal from the decision of the judge on an application for declaratory relief under section 84(2) of the Law of Property Act 1925.

In Small v. Oliver & Saunders (Developments) Limited [2006] 3 E.G.L.R 141 [2006] EWHC 1293 (Ch), Edward persuaded the judge that an injunction should not be granted to restrain his client from using land as an access way to a newly built house, worth £5.2m, notwithstanding such use constituted a breach of covenant burdening the land. The judge awarded the claimant damages in lieu in very modest sum as Edward took the point that the damages had to be notionally divided amongst all those with the benefit of the covenant, only one of whom made a claim.

In 2017 Edward was instructed on behalf of the owner of an extensive profit a prendre in Wales who alleges its profit has been substantially interfered with by construction works associated with the erection of a wind farm. The case continues.

Edward has an extensive practice advising land owners on the existence, nature and impact, if any, of easements, such as rights of way, rights of light and water rights. Edward’s clients range from major house builders, searching of means of access to development sites, to individual property owners in dispute with near neighbours.

In Das and others v. Linden Mews Limited [2002] 28 E.G. 130. [2003] 2 P & C.R. 58 Edward successfully argued in the Court of Appeal that a right of way could not be lawfully used for the benefit of land adjoining the dominant tenant. Despite the Court of Appeal’s indication that an injunction should not be granted to prevent the offending use of the servient land, Edward persuaded the trial judge, to whom the dispute had been remitted, that an injunction should be granted.

In Siggery and another v Bell and others [2007] All ER (D) 40 (Jul) Edward successfully argued that gates erected substantially interfered with his clients’ rights of way.

In 2014, Edward, leading Giselle McGowan, successfully argued before the Supreme Court that his landlord clients should not be liable for the noise nuisance caused by their commercial tenants: Lawrence and another v. Fen Tigers Limited and others (No 2) [2015] A.C. 106. [2014] 4 All E.R. 527. [2014] UKSC 46. The case involved (inter alia) consideration of whether one could acquire an easement to create a nuisance and the circumstances in which an injunction to restrain a nuisance might be properly refused.

Peires v. Bickerton’s Aerodromes Limited [2017] 1 W.L.R. 2865 is the first decision of the Court of Appeal of the statutory defences provided by sections 76 and 77 of the Civil Aviation Act 1982 to a common law nuisance caused by helicopter pilot training. Despite succeeding before the High Court judge that the helicopter pilot training did cause a nuisance, the Court of Appeal held that the statutory defences were available to the defendant, and therefore Edward’s clients were not entitled to an injunction to restrain the nuisance, or any other remedy. Success at first instance resulted in Edward being instructed in a number of matters concerning noise nuisance caused by helicopters.

Over the years, Edward has been instructed on a great many trespass/boundary cases, and not only those arising from bad tempered neighbour disputes!

Year after year, Edward has been recommended by Chambers and Partners for Real Estate Litigation, and the Legal 500 for Property Litigation.

In Chambers and Partners 2020, Edward is yet again ranked in Band 1 for Real Estate Litigation. Some of his strengths are said to be “user friendly [and] very approachable and effective”, he “gives clear advice and has great presence in court”, and he “ticks all the boxes for a barrister”.

Edward is also ranked in the Legal 500 for Property Litigation, Band 3, where it is noted that he “Provides first-class legal advice, which is supplemented with a useful pragmatism.”

In Chambers and Partners 2019, Edward is ranked in Band 1 for Real Estate Litigation, and it is said that he is “[a] brilliant property lawyer who gives clear and unambiguous advice”. It is also said Edward “[is] brilliant at convincing judges and opposing barristers alike”.

In the Legal 500 2019, Edward is ranked in Band 3 for Property Litigation, and it is said of him that “He always leaves clients knowing exactly where they stand”.

In 2018, Chambers and Partners recorded that “Edward is an outstanding property specialist with a pragmatic approach to getting the right outcome“, and that he is “Great with clients, easy to deal with and a great advocate, he has very strong cross-examination skills.”

In 2017 in the Legal 500 Edward was described as being “… always approachable and happy to help out between formal instructions.” In the 2016 Edition it was said Edward is “a forceful and hard-hitting advocate.” The 2015 Edition said he is “well-liked by clients and produces excellent written work, as well as being an effective and determined advocate”. The 2014 Edition described him as having “An impressive understanding of restrictive covenants affecting land”.

Edward was identified as a “star of the Chancery Bar”, and as a “solicitors’ favourite junior” at the landlord and tenant bar by Lawyer Magazine, and was noted as a “recommended junior” at the Property Bar by Square Foot Magazine.

Edward Denehan is an independent self-employed barrister registered with the Bar Standards Board of England (ref. no 12005); whose practice is governed by the Code of Conduct of the Bar of England and Wales which code can be found at www.barstandardsboard.org.uk; has full professional liability insurance provided by the Bar Mutual Indemnity Fund Limited (ref BM 2930/038) (details of the world-wide cover are provided at www.barmutual.co.uk); is registered for VAT (reg. no. 365 5829 17); and can be contacted during chambers opening hours by telephone at 02074045055 or by e-mail at clerks@9stonebuildings.com.